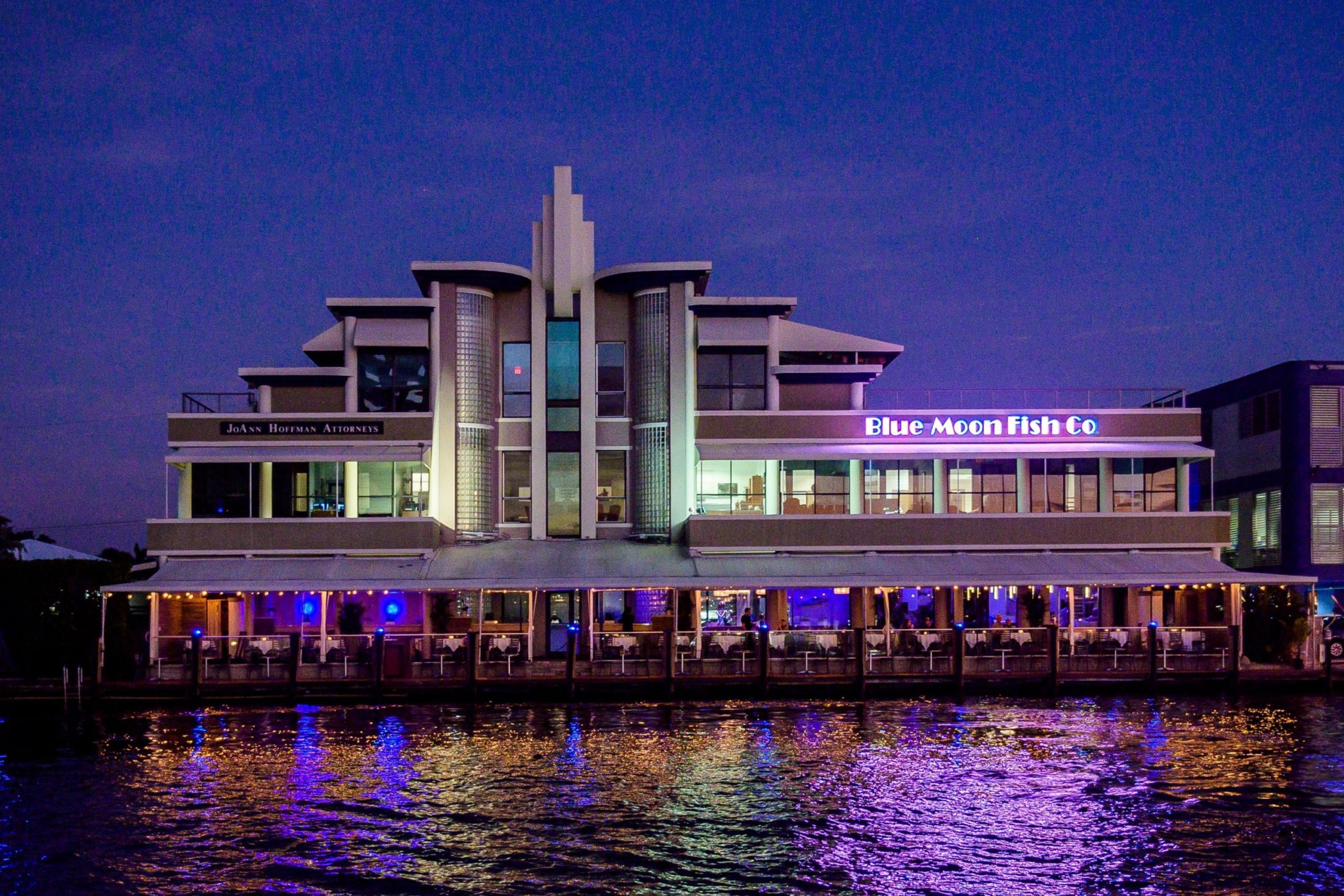 The culinary dream of chef-owners Baron Skorish and Bryce Statham, Blue Moon Fish Co. has provided the “freshest seafood by the waterway” in Fort Lauderdale for 26 years under Fili Gumbo, Inc. With 5,000-square-feet of indoor space and a 3,000-square-foot patio area, the restaurant has received numerous awards for culinary excellence and was named the ‘Best Waterfront Dining in Fort Lauderdale‘ by Zagat and OpenTable. Guests crave the unique blend of Louisiana flavors and Florida’s freshest seafood, as well as the World Famous Sunday Brunch special, all of which will still be available under the restaurant’s new owners.

Christian Prakas, managing partner, and Athan Prakas II, a sales associate, were the exclusive brokers of the deal.

“Ark Restaurants is a seasoned restaurant group that operates a host of successful establishments – from the infamous Bryant Park Grill in New York City to Shuckers and Rustic Inn here in South Florida. Blue Moon Fish Co. is the perfect addition to their stellar portfolio,” said Christian Prakas. “While the owners are new, locals and tourists can still expect their favorite menu items paired with dreamy sunsets and intercoastal views, and the same five-star service they know and love.”

A graduate of California Culinary Academy, Skorish has worked for the finest hotels and restaurants in the Western Hemisphere. He’s received countless honors for his work, which earned a feature in Bon Appétit Magazine. Additionally, he received a personal invitation to prepare dinner for the Grand Cayman chapter of Confrérie de la Chaìne des Rôtisseurs, a global gastronomic organization. Statham, on the other hand, is one of South Florida’s most highly regarded executive chefs. After graduating from the Culinary Institute of America, he gained more than 15 years of experience at restaurants from South Carolina to the Virgin Islands. He’s also earned a host of accolades, including the People’s Choice Award at Art a la Carte.

Blue Moon Fish Co. is open daily until 10 p.m., with its Sunday Brunch special ending at 3 p.m., and offers valet parking and boat dockage. For more information or to book a reservation, visit  https://www.bluemoonfishco.com/.