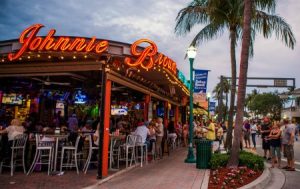 On the Avenue, hip retirees will mingle with young professionals, families and tourists who all flock to this seaside city to play.

Delray Beach’s nickname is the “village by the sea,” and a few decades ago, the name fit. The sleepy seaside city had a main street, Atlantic Avenue, that stretched from the farmlands out west to the ocean in the east.

During the past 30 years, however, the quaint city with the Old Florida style has transformed into a dining, entertainment and tourism destination.

The city’s renaissance has, in turn, driven demand for homes for people who want to live in or near the downtown. These residents include retiring Baby Boomers, professionals, families and young singles.

As the population continues to pour into Palm Beach County, city and business leaders say Delray Beach is poised to stand as the best example of a place where people who live there love to play. 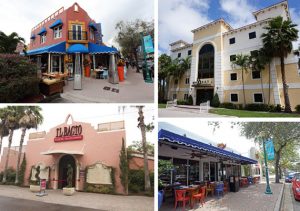 I think it’s going to be the destination in Palm Beach County, a melting pot of ages from 18 to 80,” said Tom Prakas, a restaurant broker who has handled more than 50 restaurant transactions worth more than $100 million in Delray Beach.

“The town is on fire,” agreed Don DeVere, vice president of The Edwards Companies, which is building the mixed-use Atlantic Crossing downtown. “Delray Beach has a great vibe and sells itself. In our view, there is no better place in southeast Florida.”

Delray Beach is no Miami, and most people are happy to keep it that way.

But Delray Beach is getting the amenities typical of more sophisticated cities like Miami, such as the Delray City Market food hall and several new hotels. 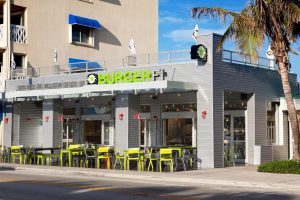 In addition, the city just welcomed a multi-million dollar wine bar and gourmet restaurant, The Wine Room, plus the upscale iPic movie theater.

And then there are the dozens of restaurants and bars of all types clustering in and around the downtown.

Among them: Atlantic Crossing at Atlantic Avenue and Federal Highway near the Intracoastal Waterway; and a project around the Sundy House boutique hotel, restaurant and gardens. The project, formerly known as Midtown Delray at Swinton and Atlantic avenues, will incorporate historic homes into a new complex of apartments, offices and shops.

Todd Rosenberg, whose Pebb Capital just paid $40 million for the Sundy House property and adjacent buildings, said the city will see “incredible growth” during the next 10 years. 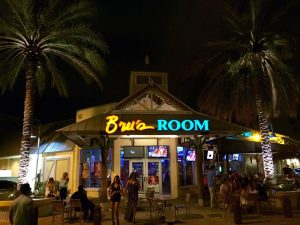 “This is an authentic market that’s been around forever but has come back to life, and today is well beyond a food and beverage destination,” said Rosenberg, whose family has long ties to the city.

But even as he touted his plan to build 70,000 square feet of new office space at the gateway to downtown, Rosenberg pivoted back to the reason office tenants will want to lease there.

“We’re hoping to provide one of the first real office locations for people who want the best of all worlds, next to an incredible entertainment destination and adjacent to fitness, food and lifestyle,” Rosenberg said.

Play is what helped put Delray Beach on the map locally in the 1990s as city leaders tried to revive the stagnant downtown’s fortunes.

“They used to call it Dull-Ray,” said Prakas, the Boca Raton restaurant broker who has done more than 50 deals in the city. “You could camp out on the avenue and never be hit by a car after 9 p.m.”

In 1989, voters approve $21.5 million for beautification and public works projects, allowing for the refurbishment of Old School Square at Swinton and Atlantic Avenues, the gateway to the downtown.

Today, even weeknights are clogged with diners wandering the avenue in search of food and fun. The avenue’s growth has been so pronounced it is now spreading, including north along Second Avenue, an area dubbed Pineapple Grove, and down other streets.

Interest used to be from local players but now regional and national restaurants want a piece of the downtown.

Prakas has sold, and resold, several restaurants. One property, the current Vic & Angelo’s at Atlantic Avenue and the train tracks, has changed hands six times.

The city’s liveliness continues to attract developers meeting demand from people who want to live near the fun.

“It’s a place where people park their cars and never go anywhere else,” said Bil Bathurst, a longtime resident and now a member of the city council.

Apartments, townhouses and condominiums have been built, and more are planned in and near the downtown.

Even old homes north of Atlantic Avenue and west of Swinton Avenue, in and around Lake Ida, are changing hands for big money as new buyers tear down old homes and build luxury, multi-million dollar estates.

Who is moving there?

“Wealthy people from all over the world,” Bathurst said, citing buyers from Boca Raton, California, New York and Latin America.

Development isn’t just been confined to the downtown, however. West of the city, builders such as GL Homes continue to construct new luxury single-family homes for families and residents 55 years and older.

The Delray Marketplace, once considered a forlorn shopping center complex west of Florida’s Turnpike, now is city central for the thousands of homes in residential communities there.

These communities are just west of upscale enclaves built near Morikami Park. This strip of Jog Road, dubbed Millionaire’s Row, features enclaves such as Addison Reserve Country Club where some homes do, indeed, cost in the millions.

Even north-south corridors such as Military Trail and Congress Avenue are seeing redevelopment into new shopping centers and apartment complexes as demand for residences grow.

Where Atlantic Avenue meets the Intracoastal Waterway is the setting for a mixed-use complex geared to the future Delray Beach resident.

Atlantic Crossing is a $300 million complex spanning two blocks and featuring office and retail space, plus for-sale condominiums as well as rental apartments. The project is being developed by The Edwards Companies.

The property, bounded by Federal Highway to the west and the city’s Veterans Park to the east, has been in the works for years. But it finally is going vertical, with the first phase set for completion by 2021 and the second phase set for 2023.

Don Devere, The Edward Companies vice president, said Delray Beach has several unique features that make it a good bet for the future. “It has a nice balance of residents, office workers and vacationers,” DeVere said.

Retirees moving to Florida may find interest in Atlantic Crossings’ planned condominiums, or they may prefer the flexibility of renting one of the project’s apartments, as DeVere expects many young professionals in their 20s and 30s will be inclined to do.

In addition to the office and retail space, DeVere also is upbeat about plans to build new office space in the center. Atlantic Crossing will feature 20,000-square-foot floor plates to accommodate large office users. Merrill Lynch, for instance, already plans to lease a full floor in the project’s first building.