Prakas & Co. is proud to see the continued growth and success of this amazing restaurant franchise which we helped start in 2008. Finding the original locations and the very first franchisee’s that are still growing the company today as they as they have a deal in place to go public on the New York Stock Exchange in the coming months!

When you’re on a role, not even a pandemic can stop you! That’s certainly the case for the nationwide upscale burger chain, BurgerFi, that’s hit all-time record sales this year. The restaurant, based out of Palm Beach, Florida, has seen double digit YoY growth in the beginning of this year. But instead of suffering a drop in sales during the nationwide restaurant shutdowns like many other restaurants, it increased its YoY growth during the pandemic to a whopping 32%. 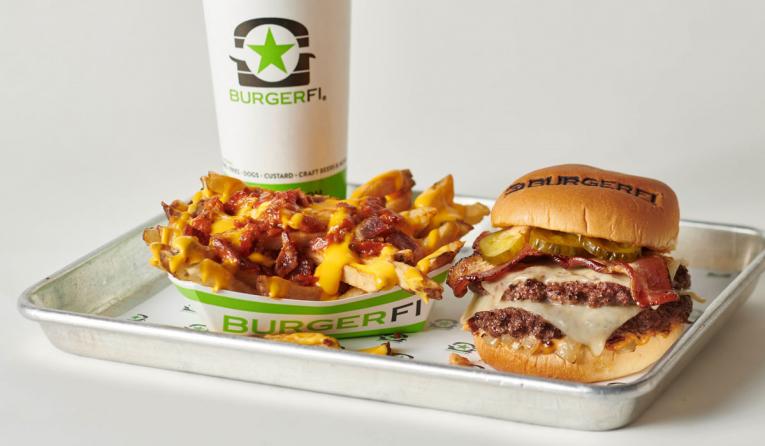 The chain’s rapidly rising delivery sales contributed largely to this growth (up by 60% since the beginning of the year), which makes them a unique success story among chains that rely on third-party delivery services. You can order BurgerFi through DoorDash, Grubhub, Uber Eats, and Postmates, as well as their own in-house app that connects to third-party drivers.

Some of their most popular items include a gourmet veggie burger made in house, wagyu beef burgers and hot dogs, and super crispy fries.

So what’s their secret?

With a 125 locations operating in 23 states, BurgerFi serves up gourmet burgers made with top-quality ingredients. But besides the mouth-watering menu, the company credits their own technology and the third party delivery partnerships for their success.

In 2018, the chain halted further expansions and made two innovative operational moves: they added a call center to field delivery and takeout orders, and added special make-lines in their kitchen to accommodate delivery.

And BurgerFi’s burgers come with a side of environmental awareness, too. The company has made a commitment to sustainability, which they’ve incorporated into the design of their locations—they feature chairs made from up-cycled milk jugs and Coca-Cola bottles, energy-efficient fans, LED lighting, and walls paneled with renewable timber.